Our History and Our People

Kristen Harol joined The Life Initiative in 2008, and became President in 2018. In her prior role as Deputy Director of Lawrence CommunityWorks, Ms. Harol was integral to building a nationally recognized community development corporation known for the development of innovative affordable housing, community and recreational space, community organizing, and family asset building. Ms. Harol serves on a number of boards including the Mill Cities Community Investments CDFI, and The Lawrence Redevelopment Authority. She holds a master’s degree from the Massachusetts Institute of Technology Department of Urban Studies and Planning, and a bachelor’s degree from the University of Chicago. 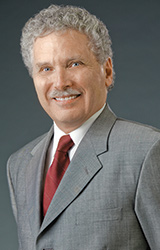 Prior to joining The Life Initiative in 2008, Michael Gondek was the Executive Director of the Community Economic Development Assistance Corporation (CEDAC). CEDAC offers technical assistance, consulting services, and a range of financial assistance to the non-profit development industry. Prior to CEDAC, Mr. Gondek was the founding Executive Director of the Neighborhood Development Corporation of Jamaica Plain (NDC). He has also served as President of the NDC board of directors, President of the Board of the Southwest Corridor Coalition, Chair of the Boston Neighborhood Housing Trust. Mr. Gondek holds a bachelor’s degree in history from the University of Wisconsin at Madison, and completed the coursework for a master’s degree in urban and environmental policy from Tufts University. 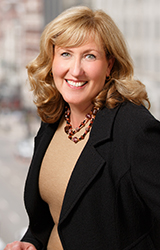 Mollye Wolahan Lockwood joined the Life Initiative in 2017. Prior to joining TLI, Ms. Lockwood was Vice President of Real Estate and Community Development for W.D. Cowls, the largest private property owner in Massachusetts, headquartered in North Amherst, MA where her priority was redeveloping North Amherst’s Mill District into a thriving downtown center including mixed income housing and new commercial development. Prior to W.D. Cowls, Ms. Lockwood was Deputy Director of the Women’s Institute for Housing and Economic Development, a regional affordable housing developer based in Boston and Hartford developing service enriched and high impact affordable housing. Ms. Lockwood has served on numerous boards including the Amherst Area Chamber of Commerce and Pelham Housing Committee. Ms. Lockwood earned an MS in Real Estate Development and a Master in City Planning from MIT in 1999 and has over 20 years of experience in the real estate and community development fields having served in leadership positions for municipal, non-profit and for-private organizations in Massachusetts, Connecticut and Colorado.